Erika Hermann and Julia Gedeck have a common past: not only did they share a year together in Berlin, 20 years ago, but both are connected to Nazism. Erika claimed the role of her great-uncle in the capture of Adolf Eichmann in Argentina, and Julia’s grandfather was secretly an SS officer connected to the Ahnenerbe, a pseudoscientific society commanded by Himmler, under which heinous experiments were committed. about people … with ramifications in Argentina, from the hand of Eichmann himself. Julia’s grandfather, on his deathbed, mentions the mysterious word “heligoland”,  and will trigger the meeting of both women and an investigation that will reveal a plot that is more than five hundred years old, where Nazi occultism meets crudest of international politics and terrorism.

BASED ON REAL FACTS ABOUT LILIANA HERMANN’S LIFE

Her only intention was to clean up her family lineage and the good name of her great-uncle Lothar Hermann, who years ago had discovered that the Nazi criminal Adolf Eichmann lived a few meters from his home in Buenos Aires under the name of Ricardo Klement. Liliana thought that she would have the support of people, who to her surprise, only put obstacles in her way such as what happened to her great-uncle, who upon discovering Eichmann was accused by the Argentine government of being the Auschwitz medical exterminator Joseph Mengele. 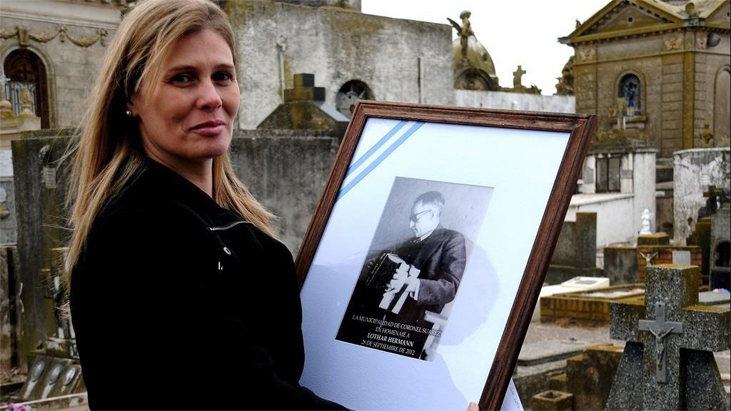 DO YOU WANT TO SEE THE TEASER?